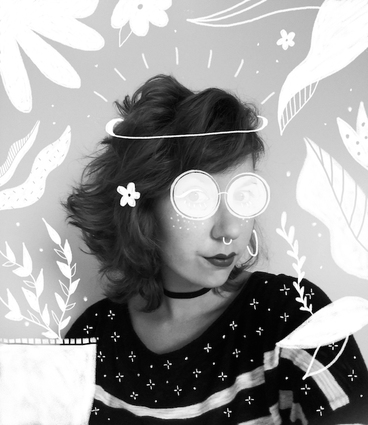 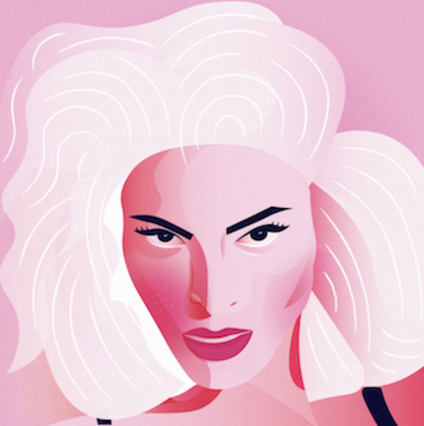 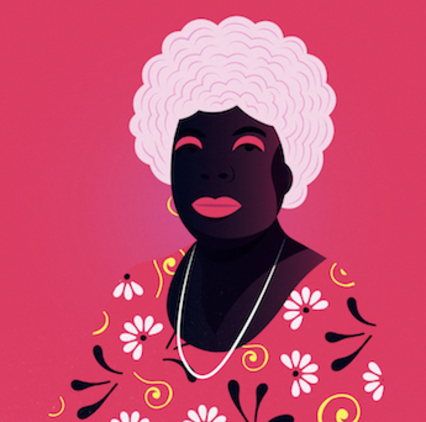 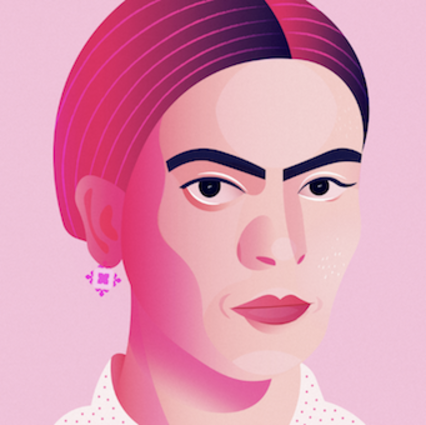 Who says January has to be blue? Barbara Tamilin has joined Illo Agency and repainted our gloomy days in a gorgeous shade of pink! In her distinct digital style, Barbara depicts strong female figures and gender-based issues in a in a blushing, rosy palette. By reimagining the dated stereotype that girls only wear pink, it now works as a symbol of empowerment throughout her artwork. An inclusive and intersectional lineup of illustrated women mark the progression of women's achievements throughout history.

What an addition to the Illo Agency team!

Q: Hey Barbara! We are big fans. How did you start this journey to become an illustrator?

A: Since I was a child, I had a lot of contact with arts, because my mother taught oil paintings for a long time. I always had brushes, canvases and chalk around me, so scribbling was a very common thing to do. My mother, during my childhood, let me draw on the walls of a whole room, it was the dream! During my teenage years I drew in hidden notebooks, ashamed to show my art to anyone. My closes friends always told me to follow my creative side, but I didn't believe in my potential or in illustration as a job. That changed after two years of studying Sociology, where everything was theory and I craved creativity the most! I gave up Sociology after three years, before majoring in Graphic Design. Since 2015 I have worked as an illustrator and designer.

Q: What a contrast to studying Sociology! What is it about your work that makes it so distinct and diverse?

A: I believe that my work is able to give voice to the problems women face. I hope to represent them as the only protagonists of my illustrations.

Q: We agree - it's super important, even in 2019. Why do you think it is important to feature women in your art?

A: It is important to make women feel fairly represented in the media, including illustration. For many years, illustrators were typically men who represented women in their drawings. Often these would be absurdly sexualised and misogynistic. It's time for us women to draw our own version of history!

Q: Girl power! Why did you want to sign with Illo in particular?

A: Mainly for its values and high quality reputation! It is very gratifying to be based in a place that values cultural diversity and wants to take this to the world markets, with artists from the most different and distant places!

Q: And we are so glad to have a like-minded creative like you on board! Who are some of your biggest female role models?

A: I am interested in reading black women's feminist literature, authors such as Maya Angelou and Angela Davis. I believe we can (and should) all learn a little from others about their views on freedom, politics, rights and love.

What she said! We couldn't have said it better ourselves. If you feel like your project resinates with Barabara's work ethos or you have an editorial feature that needs a spark of her magic, do reach out to our team of illustration agents who can help bring your project to life.

at Illo Agency, we pride ourselves in representing a collation of global illustrators, distinctly diverse in creativity and uniquely celebrated by like-minded clients from a across a range of commercial markets.