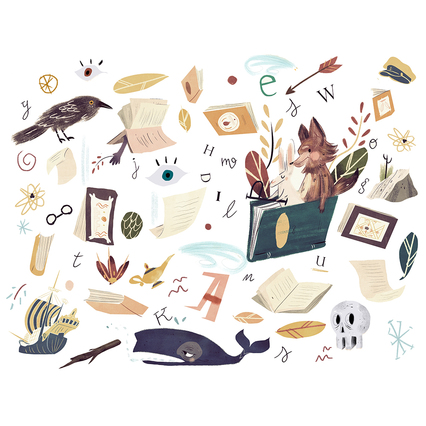 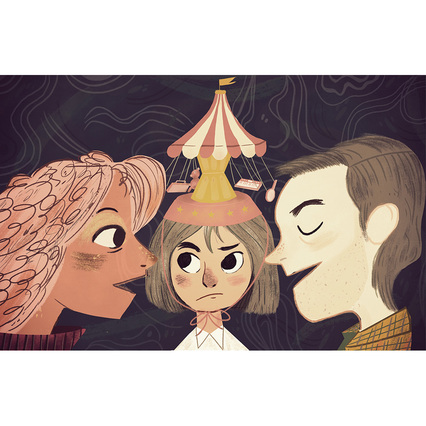 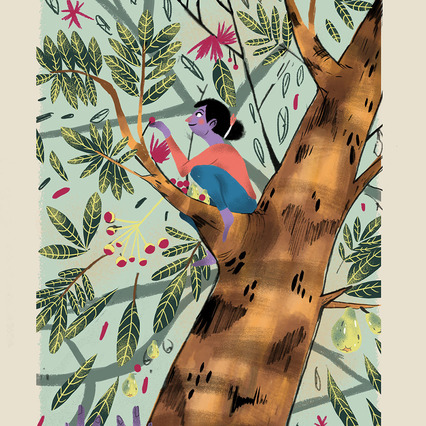 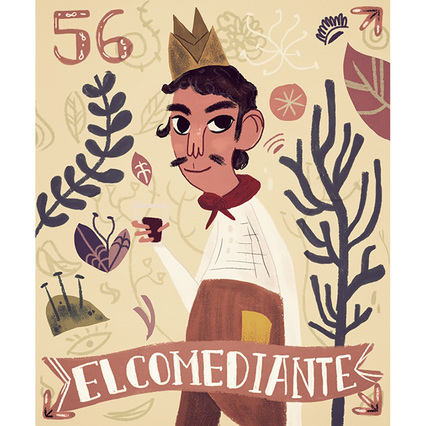 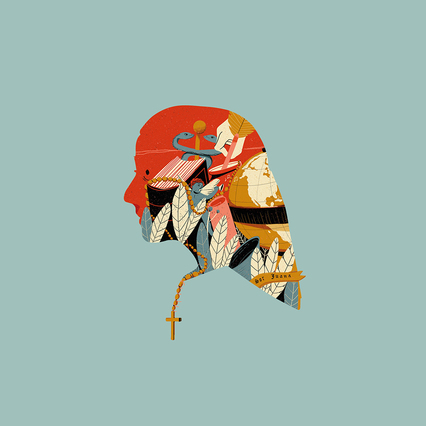 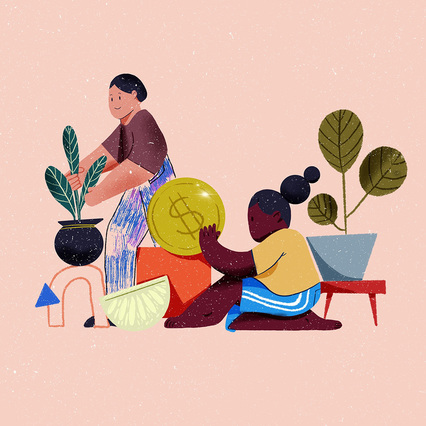 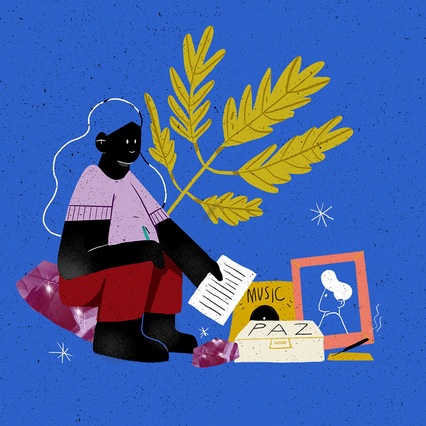 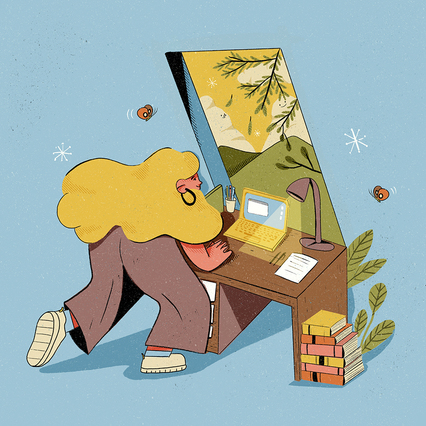 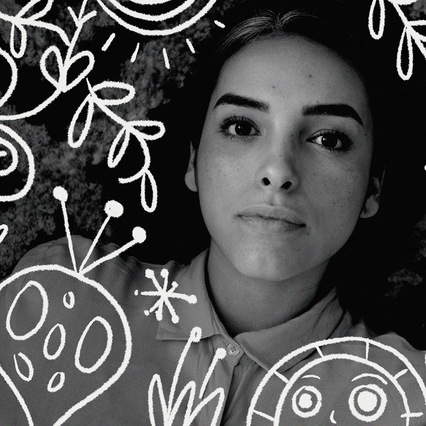 Born and raised in Medellin - Colombia, Juliana Cuervo is a passionate Illustrator and animatior. She brings colours, shapes and a strongly influenced naïve style. Her work is a sophisticated mixture of drawing and handcrafts inspired by nature and mid-50's illustrations and graphic design.

Her work has been featured in books, graphic design / illustration magazines and various websites.  Let’s delve a little deeper below…

When did you start illustrating?
I started to explore the idea of illustration in 2009 whilst I was studying for an engineer career. But it wasn't until 2014 that this became something more professional. I left my engineering studies in 2010 and went to Buenos Aires (Argentina) where I got the chance to do my degree in animation film. In 2015 I return to Colombia and since then Illustration became my passion and work.

Who has been the most supportive in your illustration career, perhaps your teacher, family, friends?
I must say that my whole family, but my mom specially. I learned this watching her, she also painted, I remember also her little handcraft dolls she made for my sisters and me. There has been a constant relationship between art and crafts with my mom and us. My husband Santiago has also played an important roll, always trusting and supporting all of my work,  and he was the one who introduced me to illustration and pushed me to study animation.

Did you always think art was something that was going to be a major part of your life?
Yes! Maybe at some point, since I was little that was always my dream, also I knew it wasn’t an easy road to be honest. Specially when you live in a country like Colombia when you don’t get the same chances as some other areas in the world. But I always dreamed of this, on any artistic field -  even music and I’m doing it as well :) so feel really blessed.

What is your favourite subject matter to illustrate?
Human relations, but I have a strong feeling with creatures, animals and nature. Is something that comes easily to me.

How would you describe your style?
It’s a hard question because I’m in constant evolution of my style so, it’s even hard for me to describe it . But I I can say that there’s always a line in between of all my work and it’s probably the narrative of some kind of innocent utopias mixed with what we all know as Naïve style.

What is your favourite collaboration to date?
With illustrators, it was a work I did with Sebastian Rubiano an amazing illustrator from my country. It was an exhibition in a local theatre, about the local trees from downtown area. I learned a lot specially about trees, the name of the exhibition was Gigantes Invisibles (Invisible Giants) and was an amazing experience because we also had to do illustrations all around the theatre, almost 20 days of full work.

What interested you about being represented by Illo Agency?
Illustration it’s also about share ideas. It’s a creative process that also include personal experiences that talk about you and your environment. I’m always being interested to share cultures, narratives, thoughts . It’s always interesting to see how can I share my work with people around the globe. So I’m really happy for this beautiful connection with the agency.

Do you have a favourite author, film director, or designer?
Ufff so many! Lately I’ve reading a lot of philosophical books jeje. But talking about artists that has been influenced me in film I have different kind of directors like:  Hayao Miyazaki, Marjane Satrapi and animation studios like Laika Studios. Of course Disney and Pixar played a mayor roll in my influences, specially because I grow up watching all their films. From the other side I’m huge fan of Federico Fellini, Christopher Nolan and Alejandro’s Jodorowsky films.

Moebius and Mary Blair are definitely an inspiration in so many levels for my work.

Are you working on any personal projects you can share with us?
Yes!! I’m currently making all the visual development for one of the chapters of an animation series that it’s part of national TV. So I’m designing  characters, props and locations, it’s always a super exciting process.

Do you listen to podcasts? If so, do you have a favourite?
Yes a lot! But mainly in Spanish :( but I can recommend the ted talks on Spotify. And also (this is not a podcast) but check out the Brené Brown talk on Netflix about vulnerability it changed my mind.

If you have a project in mind for Julliana, please contact his agent: [email protected]
at illo agency we pride ourselves in representing a collation of global illustrators, distinctly diverse in creativity and uniquely celebrated by like-minded clients across a range of commercial markets.